The time I saw the filming of the Dawn Treader 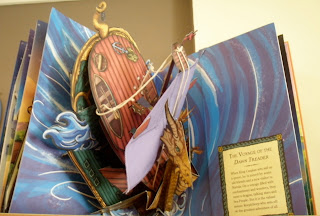 My Narnia pop up book on the Dawn Treader page
I know this is a bit late because I saw The Voyage of the Dawn Treader a few weeks ago when it came out here in Aus. We saw it a week earlier than most people. As I've mentioned before, they filmed the majority of the film here in Australia. Mainly in my state of Queensland and even better, a lot of the filming took place in Cleveland which is only about 20 minutes away from where I used to live.
I enjoyed the movie. It still held the wonder I had for the books when I first read them. They changed the story by adding a few things and changed the order of the events in the book, but it worked well.
Plus I was absolutely delighted to see the scenes in the movie that Jason and I saw being filmed. We went there about twice and each time was utterly fascinating.
What I was proud of was that so many of the extras are Aussie. Drinian who is Caspian's captain of the ship is Gary Sweet an Aussie actor. I got to see him and Georgie Henley (Lucy). Unfortunately I never got to see Ben Barnes, though I know he was there often.
Since I don't remember if I ever shared some photos from set, here they are. 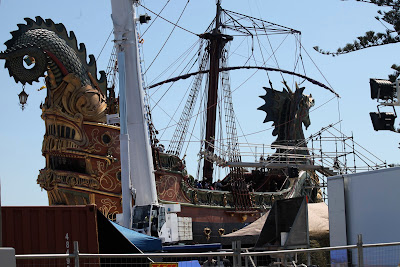 I kind of like that you can see the cranes and other bit of equipment. I really felt like I was on set. 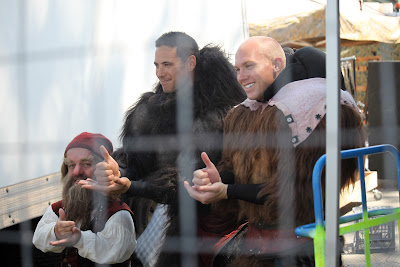 The guys who played the minotaurs and one of the dwarfs. They came and talked to people through the fence. 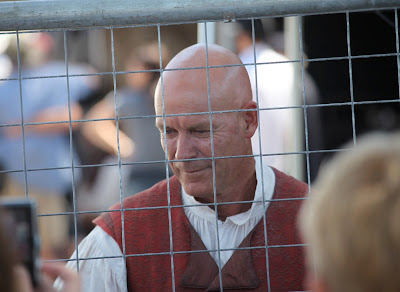 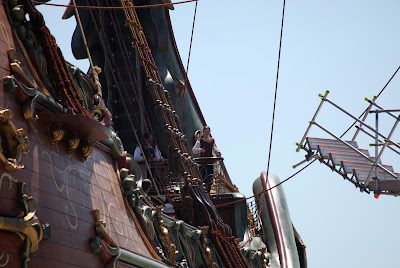 You can just make out Lucy :) 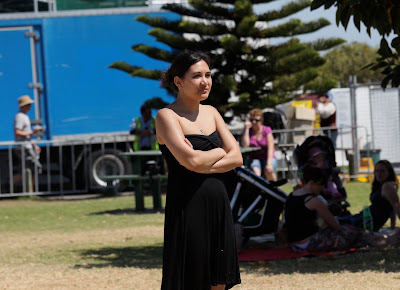 A horrid pic of me. I worn a strapless dress because last time I tanned fast and was left with strap marks :p 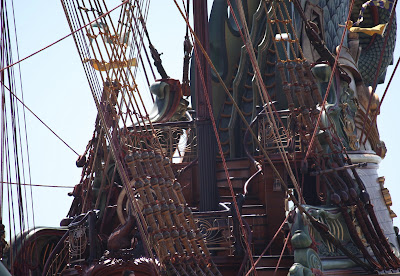 A bit of a close up. 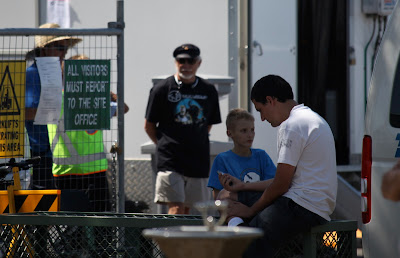 The guy in the hat is Douglas Gresham, who is CS Lewis' step son. I love that he's always involved with the film. 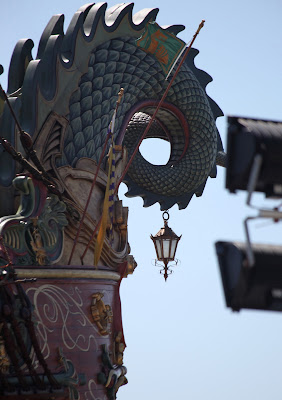 One of my fave pics.
I had a whole lot more photos and some video footage too but this is probably enough for now. It was definitely a great experience. These photos were from our second trip out there and we brought a fancy camera that belonged to Jason's brother Brodie. This is why we had better close up pics.
Anyway, I have to work until midnight tomorrow (bleh). And the lovely Illy is having a giveaway for $25 credit for my shop on her blog. Check out this post :) I have answered some interview questions too!
Enjoy!

This is all kinds of amazing! Thank you for sharing Gracie! Seeing the photos made me feel like I was there, too, and I'm sure I would be really excited if I was actually there :D

Ooooh too bad you didn't see Ben Barnes, but that's okay, I'm sure it was still awesome! :D

PS: Loved the Minotaur's scenes in the movie LOL!

I would like to wish you a very merry Christmas dear, I hope you have the best time :)

Oh, that is so interesting.
We just saw the movie last night and I said to my husband that perhaps some of it must have been filmed here because I had spotted a few aussie actors in it. Thanks for sharing, now I know! Must have been fun to watch it all.

Wow that is beyond awesome, Gracie!! Your pictures are great; what an experience that must have been! I wish I could have been there to watch it all too!!
Lucky you :)

Good luck with that late shift though, not the best at this time of year.
xx

Hey Gracie!
I really wish to watch this movie! *.*
I love Narnia!
Heym let me ask you something...could you send your blog e-mail andress please? I'll change my blog to a private mode, so, just the e-mails that I register can read what I write
I wish to see you there :)
So, if you can, please send your e-mail andress
;*
Marina

Wow - It's always great to be able to watch the filming of a movie :) We got to see when they were filming some of the scenes for The Night At The Museum 2 - The big red airplane ;)

I can imagine how amazing it was to see some of the filming for Narnia!!! I love the Narnia series and am kicking myself for not watching this last installment at the movie theater,and I call,myself a fan ;(

I felt your excitement through these beautiful and very cool pictures ;)

Oh you Aussies are the best and sweetest people ever! We have some very good Aussie friends who are in New York only for one more year.They are here for work and they will be missed dearly - their son is one of Miguelito's best friends ;)

Hooray for a summer Christmas! only 2 days left - eeeeeeeeeeeee!!!!
But you guys are ahead so that means one more day left ;)

P.S. You do not look horrid in the pic - you look very Beautiful!!!

1. You look adorable in that photo, silly! That dress is really sweet. I'm longing for summer here so I can start to wear easy summer clothes again, instead of chunky sweaters and such.

2. Jealous. I've always wanted to see a movie being filmed...it would be so fun to watch the scenes you observed in reality on the big screen! I've never gotten to do that because, well, people don't film too many movies in Wisconsin. :) Living vicariously through you!

So cool! I wish I had gone out to see it! My dress maker for my wedding oversaw the costume making for this movie :)

Oh my...jealous!!! :D Darn it...I was in Queensland last year, visiting my cousins, and I remember reading then that they were going to film Narnia there but they started AFTER we left! :(

OH I love how you got to see all this!!! What a privilege!! Thank you for sharing, and loving Narnia like myself!!
And did you drool a bit when you saw Ben Barnes on screen? My sister definitely did.

That looks like fun and that pic of you is cute - like your black dress! The pop up book looks sweet, I miss looking at books like that.

I stumbled across your blog on the internet while doing a search for the VDT filming in Cleveland. I run official facebook fan pages for two of the support actors and would like to use some of your photos on their sites. You can have a look at both pages at http://www.facebook.com/TonyNixonOfficial?ref=ts

P.S Ben's a sweetheart, it's a shame you never met him.