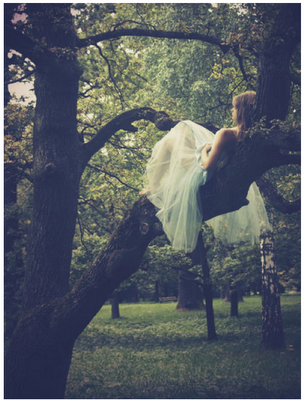 Via Weheartit
Hello my lovelies! I guess I've been on a bit of a blog break with the Bathurst trip. This is more of a catch up post.
The day we were coming back from Bathurst was a crazy one. We were up at 4:30 in the morning to leave by 5:15 to get to Sydney airport by 8:45. But....the traffic to Sydney was horrific and it was raining so we ended up missing our flight. Sigh. Weird thing was I found it extremely funny even though we had to buy new tickets. I guess you have to laugh instead of getting upset. 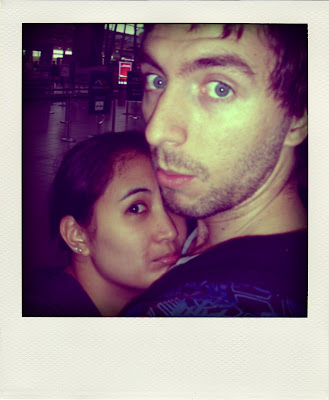 Feeling sad about our situation
While buying new tickets online (to save money even though we were already in the airport) I realised that I couldn't connect to my email account. I then checked my Twitter account to find out that my blog was gone??! I had also found out that email account was hacked and sent out stupid spam to everyone on list. I was gone for barely a week and come back to this! 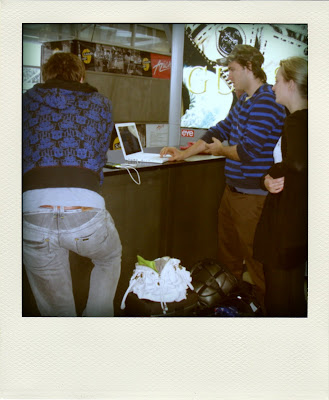 Buying new plane tickets.
When we finally made it back to Brisbane (the weather was beautiful by the way not COLD like Bathurst) I checked my account and found out that Google had suspended my account due to suspicious activity. I just had to put my mobile number in and they send me a code. So it all worked out.
So basically the day we came back we missed out flight and had to pay for new tickets, my email account was hacked and I had lost my blog but it all worked out and I found it quite funny in the end. 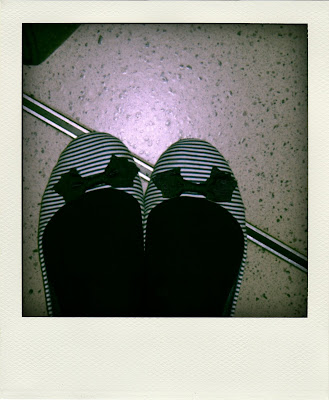 While waiting around. I like these shoes.
I should mention that with this flight it was a lot faster because we flew straight to Brisbane than all shared a taxi home. On the way to Bathurst it was horrible. This is how it went....
Car to Jason's mum's house (took us to train station), train to the city, train to the Gold Coast (cheaper plane tickets from that airport), then bus+bus+bus just to get to the Gold Coast airport, then plane trip, then train from Sydney to Lithgow then car trip to Bathurst. Plus is was frickin' cold! Were the cheap tickets worth it. I don't know...
Anyway, I have so much to catch up on but I'm procrastinating way too much. My to do list.
* Put clothes away and do more washing
* Buy a few bday presents
* Write letters (a few to catch up on now)
* Put a few packages together
* Work on my fairytale journal for Swap-bot
* Clean the lounge room of all my crafty bits, letters, books
* Answer emails and other bits that I haven't yet
* Look for a new job
I'm sure there is more. Sorry that this is a bit of a boring post. I have a lot to catch up on post wise and your blogs too.

I've been working and running around like crazy... I can't wait to find more time in the day so I can catch up on your sweet blog!

I think it's awesome how you took it much better than a lot of us would. Having my account hacked will send me into a total panic, what's in the mind of those crazy google people? Suspicious activity how? They're not making any sense.

Glad you're back home where it's warmer, Gracie..

I'm so impressed with your positive outlook. I'd be furious if I had to buy new plane tickets! Traffic is one of the most frustrating things in the world. And you know, my gmail account got suspended once due to "suspicious activity" . . . no idea what happened!

I am so glad that it all worked ut for you in the end. You handled the situation so well I would have lost it. Goodluck with your to do list. Oh and I can only imagine how cold Bathurst was!

No, it wasn't boring at all! I am proud of your positive attitude, too! I would have been hysterical, cussing someone (anyone!) out! Good luck with your to do list, I have a similarly long one, too! XO!

aww that sounds like you have had a nightmare.

Love the photos, I really love your blog its always so interesting.xx

Born to be Mrs. Beever said...

Welcome back! We were briefly in Brisbane and spent a week in Burleigh Beach on the gold coast last month :) Great time...it was rainy but not real cold. And we got sun on the back half of our trip.

I would not have thought it funny to buy new tickets at the airport...just because you missed a flight? Seems strange and frustrating...glad you had a good attitude about it and that it all worked out :)

Oh man! That is one crazy day. I am surprised and impressed that you were able to laugh at all of it. Good for you! I am glad you got your blog and email back. It's so lame that people who hack in. Do these people really have nothing better to do with their lives? It's a shame.

Haha! So you've blogged about that crazy day we were talking about. Lol, i have gotten that spam mail. But that's okays, glad everything is back to normal for ya!

And it's always good to laugh over some bad days than to frown over it, isn't it? Here's to a good week for ya sweets. :)

procrastination is how I roll lol

Love that first picture. So peaceful up there in that tree. After all this hectic you really should rest up in that tree;-)

I can't believe someone notonly hacked into your account but it caused your blog to be deleted! That's just crazy. I once had a my email and online journal hacked into a while ago, sadly I never got them back. I'm glad you had a happier ending than I did!

Thanks for the info about the polaroid style photos. I'm going to look into it :)

That's an insane amount of travel you did! Who did you go with? I can't think of an airline that would make you buy new tickets! Crazy stuff.

Glad you safe and sound back in warmer weather.

Look forward to your email!

Such a drama, but i bet you appreciated getting home 10x more than if you made it without a hitch!

Next time you are in Sydney i request an hour of your time for coffeeeee!!! :)

Welcome back!
Just wanted to pop in and say thanks for the comment. Sorry it took SO long to get around to looking at your blog. I love it btw! And I love The Secret Garden, so we much be friends. Done :)
Haha! Hope you're having a great day! Ebs.

welcome back! love the shoes :)\

UGh, you poor thing. You've had a rough time of it. I hope you can get some R&R in this week!

Welcome back, I hope you had an amazing trip. So sorry to hear about all the troubles... :(

I just got back from a mini weeekend getaway and have some catching up to do too. Today was laundry, laundry, and more laundry. lol.

oh what an ordeal...yeah i guess the running around is the downfall of cheaper plane tickets! thats so not worth it haha travelling is tiring enough!
its cold down our way isnt it??

Glad your blog is back to running and that the e-mail got solved too, what a pickle! Glad you stayed positive and enjoyed your trip! :)