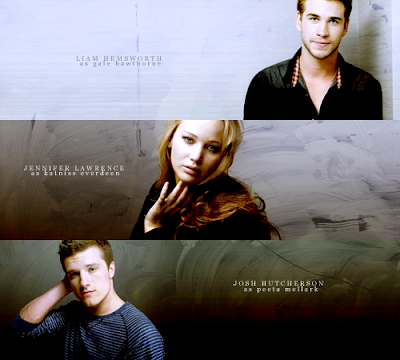 Via Tumblr
Right, so I woke up this morning to find the news that Josh Hutcherson is Peeta and Liam Hemsworth is Gale. I have to say that my heart sank when I saw who Peeta was. I guess I had Hunter Parrish in my head for so long that it was a shock to see it wasn't him.
I may or may not have had a little cry when I heard the news, but I think it's more because I was so set on someone and was hoping for a natural blue eyed blonde that will play the boy with the bread (sigh for his blue eyes). 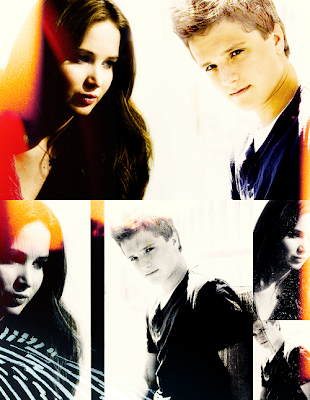 Via Tumblr
Like I said with Jennifer Lawrence, I trust that they chose the best person for the role and that they have a great chemistry, even if he doesn't quite look like Peeta (in my head). And as long as he encompasses Peeta's personality, I'm sure I will get over it (and stop mourning the fact that Hunter Parrish wasn't cast, sigh).

As for Gale, I wasn't too fussed and Liam Hemsworth is an Aussie. I do know that he has had some major backlashing though so I don't know.

Either way, I'm still excited about this movie and will be watching it no matter what. I truly think it will be awesome! I've been a fan of this series pretty much since The Hunger Games was released a few years ago so there is no way I would miss this movie!


Anyway we have the winner of Giveaway 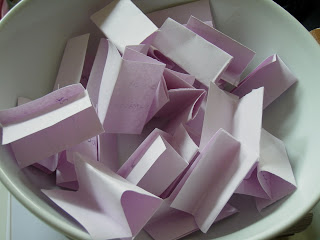 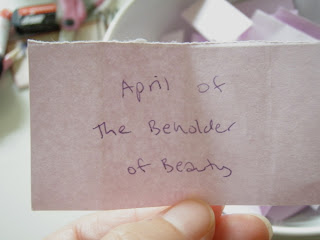 April of The Beholder of Beauty! Yay congrats April! I'll be emailing you soon!
Plus don't forget the post card swap. 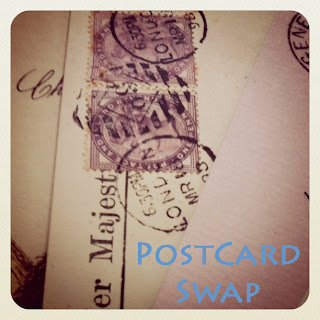 I will write more about this Snail Mail group very soon!! Thanks for the interest!

but we shall see. maybe josh will surprise us all. ;)

The more I think about it, the more I like them as Katniss and Peeta! I think they're going for something less Twilighty and more edgy and I'm all up for that.

I think they will work well together and they are both talented actors too. I'd rather they could play the character well than look perfect for it.

Thank you for the congrats, I am so so happy you can't imagine :D I am definitely writing you an email about the postcard swap, and I can't wait to hear about the snail mail group :D

it seems that i'm always getting thg news from you! so not prepared for this one though...

shattered. impossibly devastated.
awwww.. i agree, they couldn't have at least kept peeta's blue eyes? and liam is as far from gale as it can get for me.. :(

i'll still be seeing it though.

on the bright side, we still have a year to get over it and get hyped for the movie release though :)

Oh I am a bit in love with the actor cast as Gayle. So much pressure casting this movie so many fans. I am just going to have faith they have choosen right and hope for the best.

I love how you chose the winner and goodness I am so behind with the Hunger Games I haven't even started reading the series.. I NEED TO!

None of them are really how I pictured the characters in my head as I was reading, but hopefully they'll do a great job... We shall see!

Wow that is a change! I don't think I like the casting for Gale... oh well. What can you do? Perhaps one day I'll become a casting director and do what our minds know best!

I agree about Peeta, it wasn't who I saw either, but to be honest, none of them were... But I think as long as the makeup is done right (peeta better have blue eyes and blond hair, and katniss better be a lot darker!) it could work. I am SO excited for this movie and if they mess it up I will be very mad.

I am rather glad Liam was chosen - its given me grounds to force a few friends to read the book.
We just have to trust that the directors are making good decisions.

Having casted these three leads older than their intended ages, it completely taking away from the cruel, horrible idea of having children fight to the death. That is the whole point of The Hunger Games. They have taken that away by casting these three, especially Jennifer Lawrence and Liam Hemsworth. It makes me sad, because there are many, many talented young actors out there that could have pulled this off. But, no. I knew from the moment they announced a movie would be made that they would completely blow of the ages of the characters that matter so much. Age is a character itself in this, and they took it away.