A Day at the Exibition

Spending the day at the EKKA was a fun day out. I never really used to go much but I enjoy it more now. Jason and I went on the Wednesday which is Peoples Day and it's a public holiday for Brisbane. Peoples Day has also become known as the day to go to the Races. Lots of uni students go on that day. 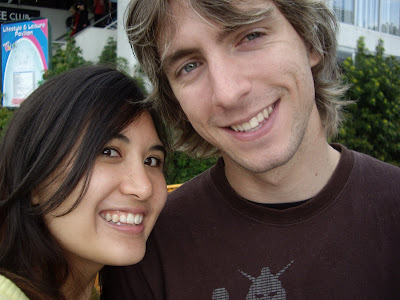 This is Jase and me outside the fashion parade area. We like to go watch it. But there was a huge line and we weren't quite sure if we were going to wait for the next one or just line up. We lined up and there were plenty of room. 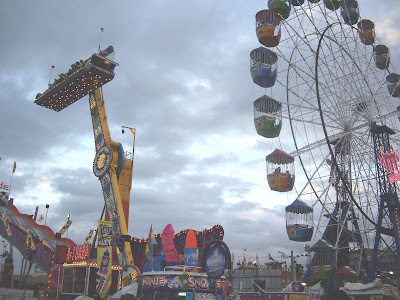 The photos are fantastic as you can see it was an overcast day. The ride to the left Jason and I went on as we had a buy one get one free ticket for it. Since rides are about $7!! And we went on the Ferris Wheel later on at night. 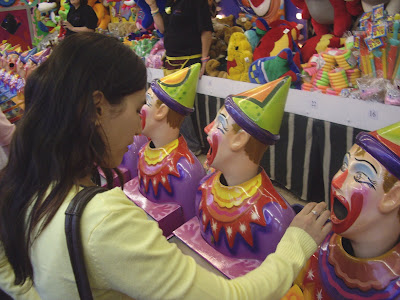 I always have to play some kind of ball in the clowns mouth game. I do these ones as I will always get something but this particular one I was disappointed. I got this funny looking necklace =( But I guess it holds a funny memory. 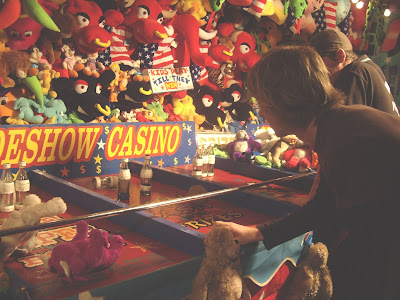 Terrible photo quality. Jason was trying to win me a large stuffed toy. And this one appeared to be easy but alas he wasn't able to knock the three over. I swear all these games are a scam lol. They always look so much easier than they are. 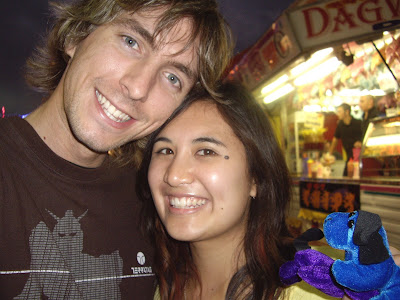 You can kind of see the little stuffed dogs that Jason won. I was able to win another two things from another one of those clown games. And I won something I wanted as well. But it's all in the fun of course. 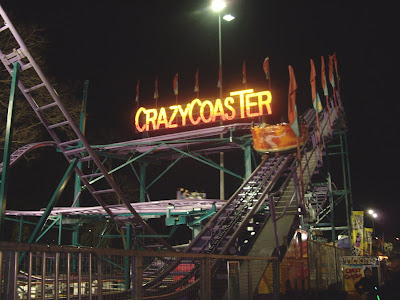 We went on this mini roller coaster as well. It was quite fun. As it goes down it also spins around. 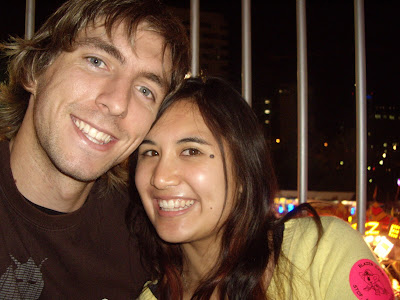 This is us in the Ferris Wheel. You can't really see the view in this photo but it was so lovely to see the whole park. 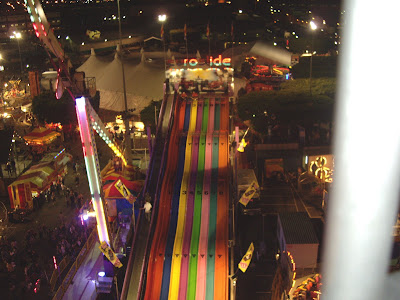 A poor quality photo of our view. That's some giant slide which looked like fun. 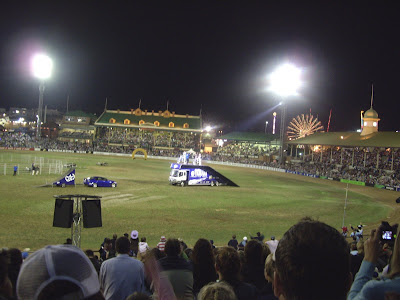 We didn't plan on staying until night time but we were still there so we decided to wait until the fireworks. This is a photo of the stands where we were watching different things waiting until the end of the night. 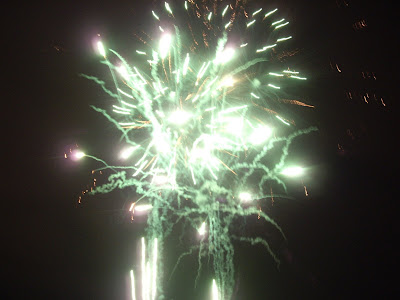 I had to show a picture of the fireworks no matter how bad the photo. It's so hard to take good ones unless you have those super cool professional cameras. 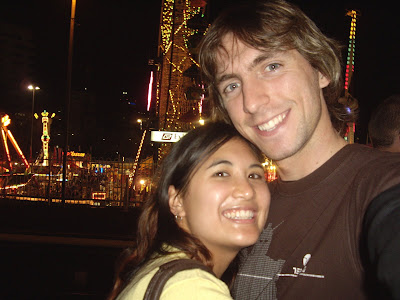 This is us at the train station. The EKKA sideshow alley is behind us. That goes until about 11 at night. It was a fun day and night. We were able to eat Dagwood dogs which are pretty much a hotdog style sausage in batter on a stick. It sounds kinda gross but it's not too bad plus it's a tradition to eat one. 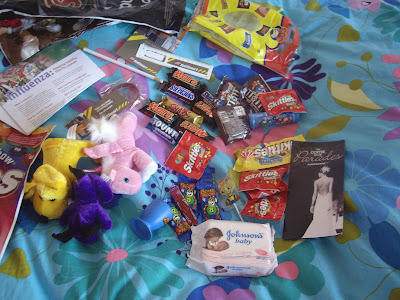 And my last photo. I just arranged these quickly on my bed so it's a bit messy. This is most of the stuff I got. We spent about two hours in the Show bag pavillion. It was so hard to decide. We ended up getting 3 for $10 bags. Mainly junk food which is fine with me. We also got those free baby wipes as there was a flu virus going round. They kept on telling everyone to be cautious and it ended up with people not coming at all so numbers were down. And on the left side are my little stuffed toys I won. Except for the purple one which Jason won. The little pink thing I thought was a unicorn but it's a pretty dragon and I wanted that one.

Anyway, hope this wasn't a boring post. With lots of pictures of our day there. There are quite a few more though. xox
Posted by Gracie at 8:17 am

Oh no! Because guess what? I wrote and send you a new letter yesterday. :D Well, you'll have two of them now I guess. :)

Yay for Ekka! It was a very fun day I thought. I just wish I was able to win you a gigantic teddy... Maybe next year eh..

mm showbags as well, I'm slowly eating through mine. We're going to need to go running after eating all this junk!

I'll have to get these photos of you some time soon. Love you :)

I enjoyed reading your blogs. I hope you dont mind but I placed your blog under my "fave sites"

love those fun summer nights with your honey! they're magic! thanks for sharing, that's NeVeR boring!!

What a great day out! It was fun following your day from photo to photo :) Felt like I was watching a movie :)

And I'm so glad you liked the link :D
So many pretty pictures there!

You guys are so cute!!! I love carnivals like that. So much fun! You look pretty happy!!!!
Xoxo.

Darling!
That brochure, coffee club parades, down the bottom!
It is mine, I designed it!!!!!!!!