I pretty much started off the week in the weirdest mood. I basically wanted to defer from uni or move into part time which I guess when I think about it is fully crazy. As I only have one semester left. It really got me thinking. I was really confused and frazzled and it made it hard to make a decision, the right one. I felt like I was doing uni for the sake of doing uni not because I wanted to. My work load was huge too which made it even more difficult. There are other areas and things I wanted to do and I was sick of doing something I didn't really want to do. I felt...stuck.

After much crying, talking, thinking and praying I finally decided to finish off my degree at least to justify all the hard work I have put in. And next year I will be able to move on to better things and do all that I want to do. And to help with the work load I changed a subject. And not having a job was another area that I was struggling in but it seems to be working out (in other ways). I feel like I have grown so much in just a few days and now I feel so much better. I have some fantastic friends, family and my Jason. I feel so truly blessed!

Anyway, sorry for going on about that. I've been in deep thinking lately and going through different aspects of my life. So here's a photo of Jason. 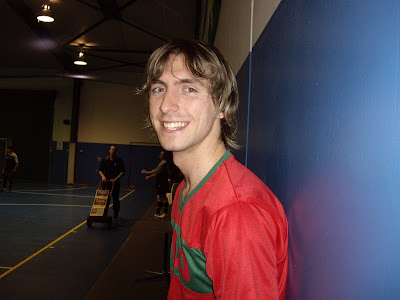 This was taken last night just before his grand final match for indoor soccer (Futsal). Unfortunately his team lost. Although they finished first in the season, the team they played last night were very aggressive and played dirty. I think there were a lot of unfair calls, but then what can you do but except the loss with good sportsmanship.

Today I decided to make a journal. I've done my own bookbinding a few times but it hasn't been all that neat. Anyway, I had sewn the pages (signatures) together and realised with the thick watercolour paper I used it was too fat for the size I was making it. In the end I decided to make two journals instead. 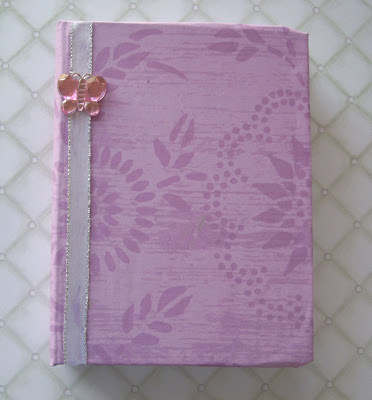 This is the first one. It's not very neat but it still does the job I think =) 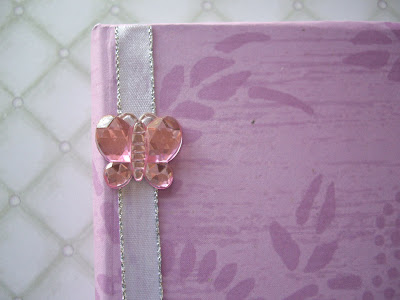 A close up. The little butterfly is supposed to be a light pink. It looks funny here. 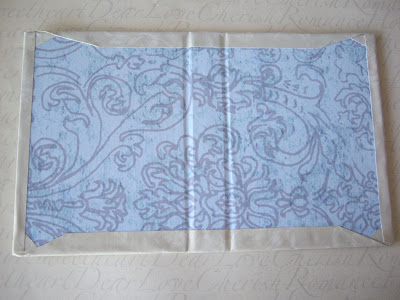 I was so proud of how neat I got this, I had to take a photo. It's probably not that exciting to everyone else though =p 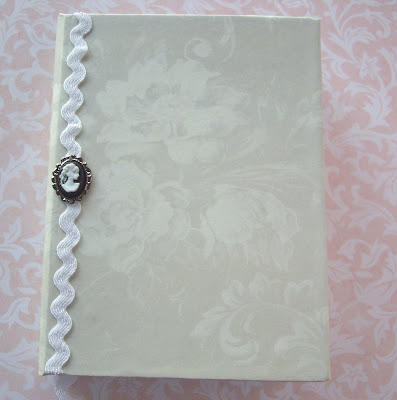 My second journal which is soo much neater. I really like this one best. 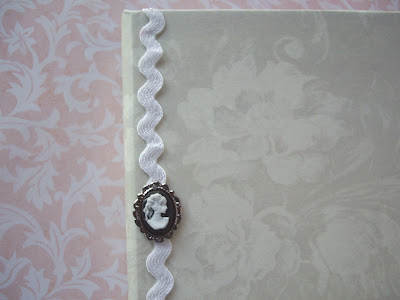 It's a bit of a close up. To show the little cameo. They were two separate pieces the cameo and the setting. I pretty much just glued the cameo on. 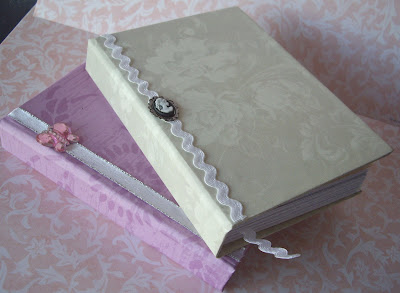 A photo to compare the two. I definitely like my second one better. The cover is so much smoother and neater. 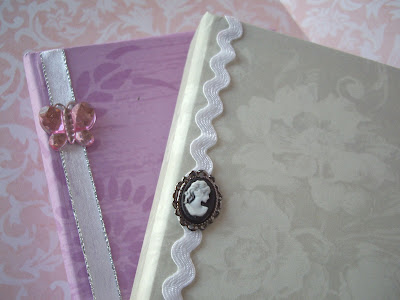 And another close up. You can kind of see the little added embellishments better here.

Oh and can I just say that I love penpals!! Who doesn't love to receive nice mail? Especially on pretty paper and little bits added. Thats the kind of letter I like to write. Nice paper with stickers and a little something. In pretty much all my letters I do that. If anyone wants a penpal just email me lol =0)
Posted by Gracie at 4:47 pm

I love your journals! The cameo is awesome. Love them.

By the way, have you already received my letter? :)

Your journals are SO pretty! Are you sure you need #38? :) These look just amazing to me and very well done. I love the little cameo and butterfly touches.

Sorry you are going through such a stressful time, but glad you have been blessed with such wonderful friends and family! I looked for your e-mail addie, but couldn't see it....

Good choice girly, you'll be finished uni at the end of the year, and then you'll be so relaxed for our overseas trip :) Then you'll be free to do whatever you feel like doing.

Your journals get better and better everytime you make them. I'm not sure how much better they can get though. That second one is pretty dam awesome looking I recon.

And doh that we lost our futsal game. Oh well I guess there's always next season. And second place is still pretty good so it's all good.

I love cameos, so I really like the 2nd one! Nice work. I need to get crafty.

Gracie your booksa rebeautiful! I think you should absolutely celbrate the small things, sometimes that's all you need to make you feel better.

About Uni, you have your whole life ahead of you. I will tell you what I would tell my children... stick it out! You HAVE put a lot of work into it, and this is a time of great change for you as you see your future, and life after uni sneaking up. I wish you nothing but success and am so proud of all of you students who give so much for your passion! You can do it! You go girl!!

your books are gorgeous! I think you made the right decision, just think it will all be finished in a few months! You will have the BIG piece of paper to show for all your hard work and you will be able to move onto grander things!

try not to stress too much - just go with what feels right!