It feels like it has been ages since I posted last. I would love to post more often though. Yesterday it was Anzac day and it is an important day to Australians. To remember those who fought and died for this country. I would love to attend a dawn service sometime. Hopefully next year.

It was a public holiday so Jason, my parents and my 2 little nephews and I went to Minnippi Parklands for lunch. It was a beautiful day. We ate and went walking along the tracks while Isaiah rode his scooter and Caeleb his little bike/stroller thing.Hard to explain what it is. It was a fun day.

And on tuesday I had my e-health prac at the Royal Childrens hospital. It was quite fun and it was great to get some hands on experiece. Not that I will be going into telemedicine or anything. I can't wait to see the photos that were taken by the co-ordinator and the others who helped that day.

I have a few photos of what I made in the Swap-bot Little box of joy swap. Here they are 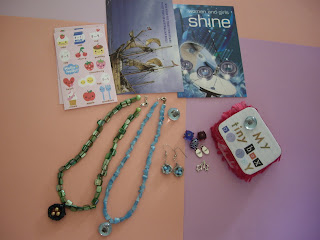 This is everything. I decorated the box and made the nestlace (the term used on Craftster), and
the little owl pendant made from a glass marble with little picture underneath, the nestlace earrings, a few random beads, the envelopes and postcards are just extra items. 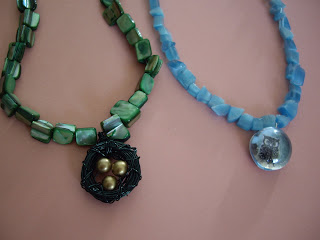 This is a close up of the necklaces I made. I like my little nest and my little owl. 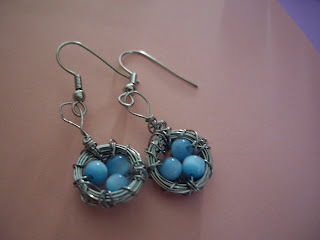 And this is the close up of the nestlace style earrings I made. I quite like them as well =) 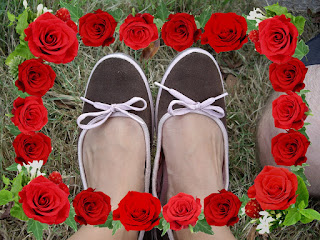 A picture from yesterday of me mucking around with the settings on my camera. I love those shoes I have on as Jason bought them for me when he went to Sydney last year I think it was. They're my Keds. 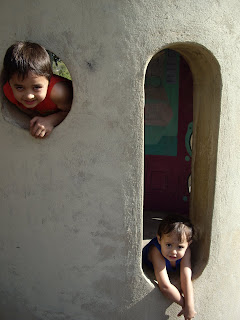 And the little nephews. They were having fun at the park.
Oh and my mum won tickets to the Brisbane Stitches and Craft show. Yay! We will be going next weekend.

Stiches and craft, oh no looks like I miss out. Ohhh well :P

You wanna go to a dawn service next year? Sure I'll take you, I think it would be good to go to. I've been to services but I don't think I've done a dawn one...

Ever the creative one aren't you. Your stuff looks great as always :)

Well I'm off to bed now have to get up for my own dawn service of going to work :( Bed would be so much nicer at 5:45. Sigh one day when I have a new job. One day.

Love you lots see you tomorrow :)