On Saturday night Jason and I had our 4 year anniversary dinner. I had work all day so I was quite tired already. We went to this place called Liquorish. It was lovely. Great food and company. 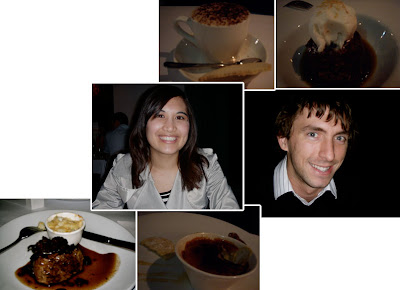 This is a little collage of our night. I know it's uneven and the photos aren't too good. The lighting was soft and the flash made things look bad.
Jason had bought me a lovely trench coat. I saw it at work and loved it. It's what I'm wearing in the pic. 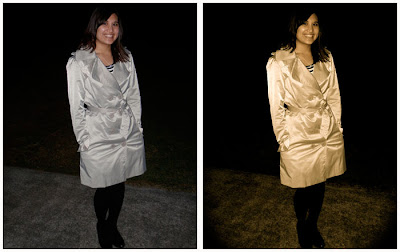 And this is the trench. It's soft of a silver shade. I thought I would muck around with iPhoto to get the other picture. 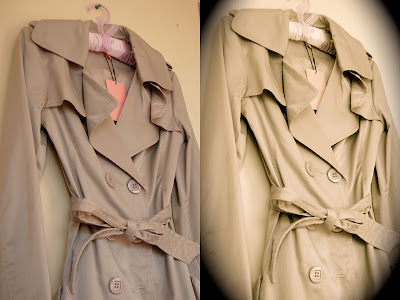 Here it is again, and I have been playing around with iPhoto a lot.
I did say last post that I would write about how we met. So here is a quick rundown of the story.
Jason and I met on the train in 2004 and we were 19. We were on our way to university. It really wasn't as random as that because a friend of mine, Thara,  was in the same course as he was and she was also on the train. We just happened to meet that way =) Although if you really want to get technical you could say we 'met' at a party in 2003. I went to a party with Thara for another one of her uni friends and I kind of met him there. I don't remember it but the weird thing is Jason happened to be in the photo, which I only realised after I met him properly. 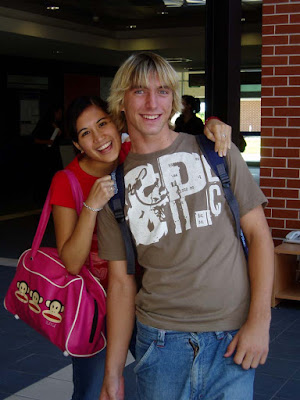 This was our first photo at uni. Yes, he had funny blonde hair and we look young (not that too much has changed). That year we became really good friends but we didn't start going out until the year after. I had just come out of another relationship and really didn't want to be in another one. He was definitely patient as we both had our issues to deal with and really when we finally starting dating it was so much better than it probably would have been if we started going out earlier. We built up a fantastic friendship first and I really do think that helped.
I really do love and adore him and I'm so excited that in 6 months I get to be married to my best friend! Here are a few more pictures over the course of our relationship. 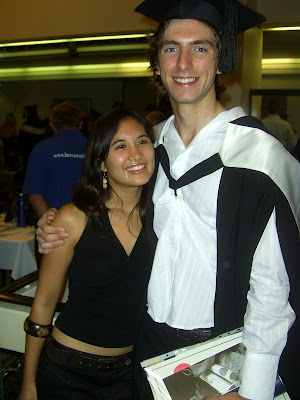 This was Jason's university graduation in 2006 I think it was (I forget sometimes). 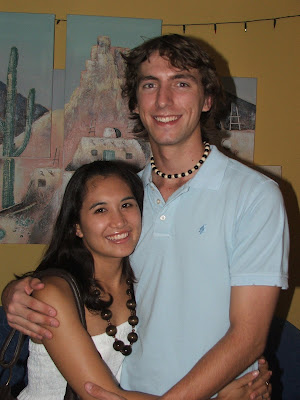 I don't remember when this was taken but I think it may have been the first time I met some of his extended relatives. 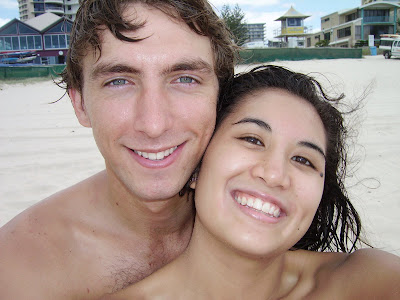 This was my 21st birthday we went down the coast for the day. Yes I'm wearing swimmers they're just strapless =p 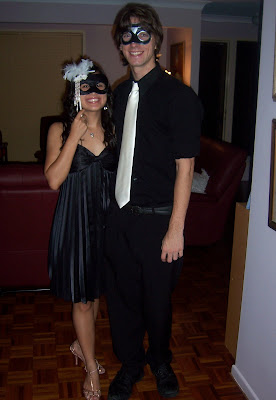 This was for our church's young adult formal. A masquerade. I think in 2006. 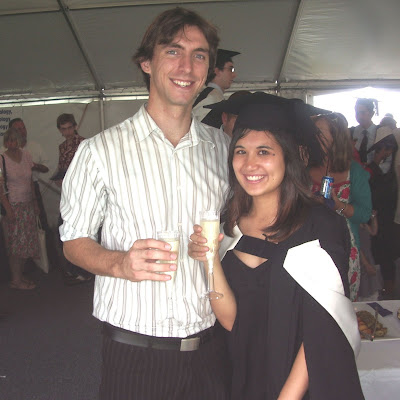 This is my university graduation in 2007. 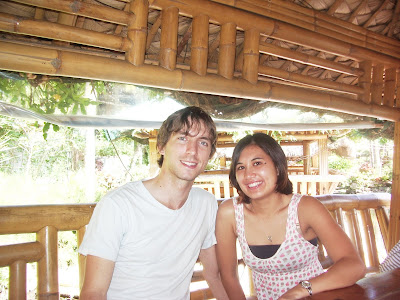 Jason came to the Philippines with me and my family in 2008. This is at a restaurant on water. 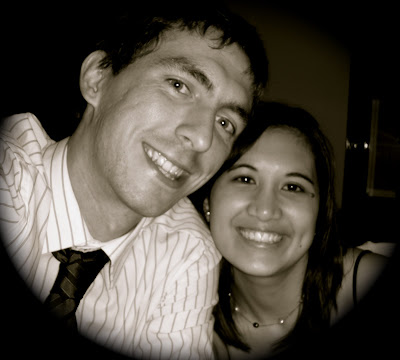 Us now. It's been a wonderful 4 years and I look forward to many more years together.

Oh, Gracie! That's such a lovely love story. It's so simple yet so sweet and it's just so dreamy. It's such a delight and joy to be able to marry the one you love, who also happens to be your best friend; not a lot of people can say that.

And your church organised a masquerade formal! How fun! I've always wanted to attend one. :))

Ah, love. It just makes me feel all fuzzy inside.

Everything about you two is so cute and romantic like some relationships from fairytales. I would love to have what you two have someday. Awesome pictures, btw.

Lovely pics, I really like the one of Jason's graduation, it's an awesome one of you both. :) Can't wait for your wedding! :D

I love that masquerade photo of you both, you look so happy! x

What a sweet sweet love story. Congrats on your upcoming wedding!!

Happy Anniversary to you guys!!

BTW: You two look adorable and I love hearing how you met. Very sweet indeed.

could you two be any more adorable? so so happy for you and i cannot wait until your special day! what a great love story, you are one lucky lady :) xoxo

Such a sweet story! You are a gorgeous couple!!

Love your trench! What a beautiful post! x Congratulations. x

What a fun story of how you met..thanks for sharing.
xoxo-Meg
fiddlesticksandfunnygirls.blogspot.com

Thats so sweet and romantic! Happy Anniversary. Hope you have many more to come xoxx

Happy 4 years! Yay! (Soon you'll be counting years married!). I love all the old pics, hehe makes me remember back too.

what gorgeous pics!!! you make such a lovely couple...beautiful! ohhh love the new trench coat! i got one in dark green...its lovely!

oh my sweetness...beautiful Gracie!!!!!! sweet congratulations on your 4th anniversary with your adorable honey bun...wow...i absolutely loved all the pics from the moment you met...how utterly romantic and heartwarming as i read your 'love story'...brought some great memories from my own life...you and Jason are absolutely one drop dead GORGEOUS+LOVING couple whose eyes + hearts show soooo much LOVE!!! man...you two are going to make some BEAUTIFUL bebes!!! xoxo jo;)