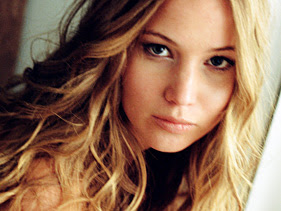 So I have been checking for news for The Hunger Games movie for awhile now and was happy to find out that Jennifer Lawrence has been cast as Katniss.
I first heard of her when she was nominated for an Oscar for Winter's Bone. And there was the rumour that she was the front runner for the role so I looked her up.
And I have to get this out. I know there have been so many haters as to how she looks (blonde and blue eyed and too 'old'). As opposed to Katniss who is supposed to have dark hair, grey eyes and olive toned skin. Plus she's meant to be small and only 16.
But, I trust Gary Ross the director and Suzanne Collins herself was at each audition and she completely praises Jennifer. She herself said she would rather someone a little older than someone too young (she has to incite a rebellion after all) I much rather have someone who doesn't quite have the looks but can carry the character instead of someone who looks like her but only a so so actress.
Plus characters and stories from book to screen is different. You can't always follow a book exactly. I haven't seen Winter's Bone yet but from the trailer she has a very Katniss attitude and the accent for it. I think she will be brilliant!

Anyway, sorry this was a ranty post and I know everyone has their own opinion so that is just mine :) I mean no offense to anyway who thinks differently. 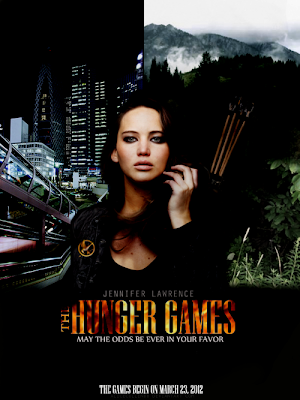 Via Tumblr
A mock movie poster. 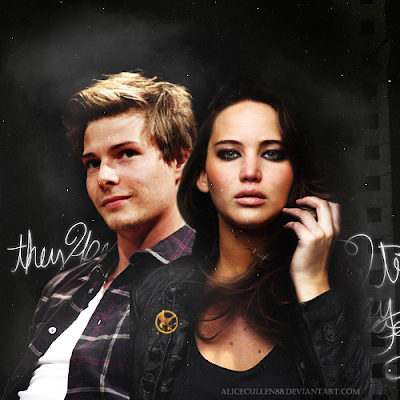 Via Tumblr
This was made by the same person (that's why the same pic was used). Hunter Parrish as Peeta. (I think he has a very 'Peeta' look about him) 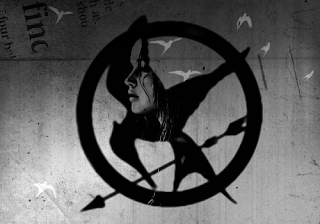 Via Tumblr
And I just think this is great. I love that Mockingjay.
Well, let me know what you think? (If you care of course haaa) I cannot wait to hear more about the movie and seeing who else they cast.

P.S. Don't forget to enter the giveaway!
Posted by Gracie at 9:33 am

Aaaah!! I'm so freaking excited for this! I think she's gorgeous and will be amazing! I can't wait!!

I haven't read hunger games, but I've read a summary of it and have seen winter's bone. ANd, I have to say that Jennifer is AMAZING in that movie. I agree - I would rather have an actress that can really bring the role to life than just someone who looks like the character. Just looking the part is a dime a dozen!

Ooh, I really need to read that series! I've been meaning to for ages.

Oh, I hope she does a good job! I really enjoyed the books... I read that they'll be filming some in Atlanta, so I may try to be an extra!! That would be so awesome! :)

PS... There's a little award for you over on my blog.

Oh, this looks awesome!! Can I get some Aussie tele in Canada, please?

I'm SUPER excited to see how they will translate the book into a film! :D

So, do I need to read these book??

this is definitely on my reading and movie list!!

Thank you Gracie .
Yeah since you are in Australia you can probably meet each other too perhaps . Thank you for stopping by to leave a comment . Really appreciate it !

i havent read this book yet, i don't think ive even seen it in the shops! I keep hearing about it though so i must find it! x

I saw winters bone only a few weeks ago and she was absolutely amazing in it. Totally deserving of an oscar nomination.

I can actually see her being perfect as Katniss - her role in winters bone wasn't too different from Katniss and they can always change how she looks so I definitely see her as a tough 16 year old weilding a bow and leading a rebellion :)

yay! this post is the first one i clicked on when i logged in today!
i'm definitely warming up to the idea of jennifer as katniss :D
not sure if i should watch "winter's bone" just yet... i kinda want THG to be the first film i see her in. maybee.. :)

It's so bad that I love to read and haven't read the hunger games. I really need to!! ha

I have yet to read these books, but all you state side girls seem to love them so I will have to try get my hands on them. I have in the other hand seen winters bone which was amazing so I know she is a brill actress!

Oh she is beautiful!!! Haters :)
I am SO excited for the movie to come out!!

I really need to read these, I keep hearing they are so good!

Wow she look so different with dark hair. Mysterious. :)

I hope you're having a good day dear. And good luck with the giveaway!!

Hmmm she's cute! Too bad they didn't stick to the original look, but I'm sure she'll do wonderfully!

I can't wait either!! It should be amazing, seriously! Hmm I know what you mean about blonde hair blue eyes verses the dark hair, however I agree with you - you just have to go with what the author thinks sometimes. ;) So they haven't cast Peeta yet? Looking forward to learning more and thanks for this post love - I've been wondering about this! I'm on the first book still and can't wait to read the rest!

I haven't seen Winter's Bone but heard great things about this actress... so I'm very hopeful that she'll be right in the role of Katniss. I loved these books! Hope they can do them justice. I think if Suzanne Collins is involved, it's bound to be up to her standard, right?
I'm excited to see The Hunger Games on the big screen, that's for sure!

Just wrote you another letter. Will pop by the post office tomorrow to send it!

I really need to read these books before the movie comes out!