Hello lovely people. A few months ago in the middle of winter Jason and I went down to Melbourne for a week. Jason actually went down first for a gaming convention (PAX for any gamers) for a few days. I thought we should turn it into a mini holiday. So this was back in July and I'm only sharing photos from it now. It was amazing. The weather was freezing and it took awhile to get used to it but that's what made it fun. I could live in Melbourne because it's such a great city and I told Jason if it wasn't for the weather I would. 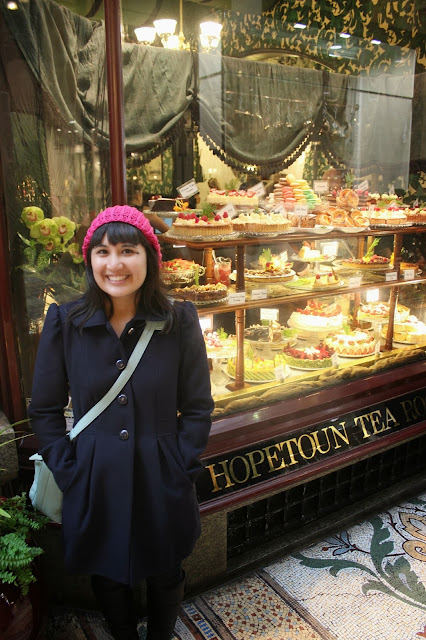 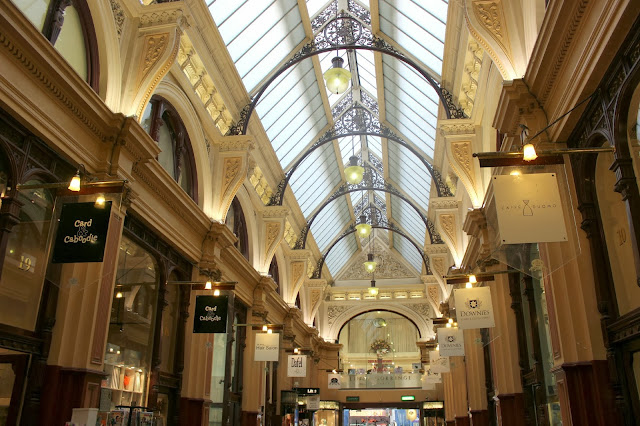 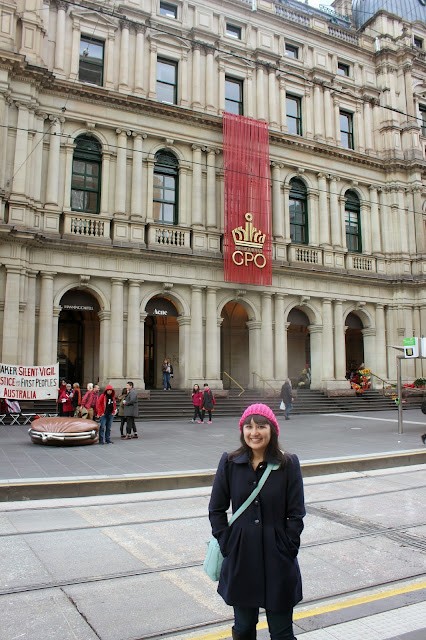 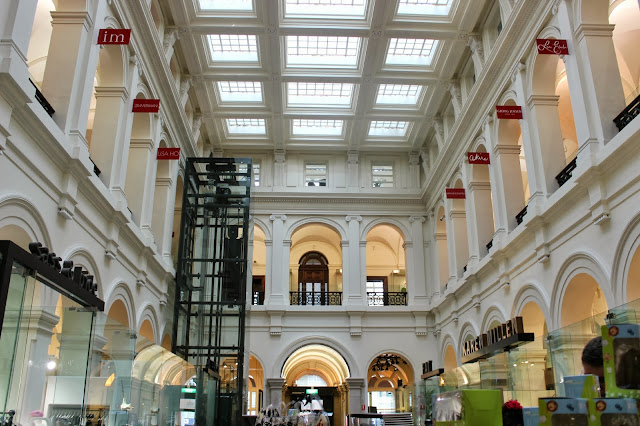 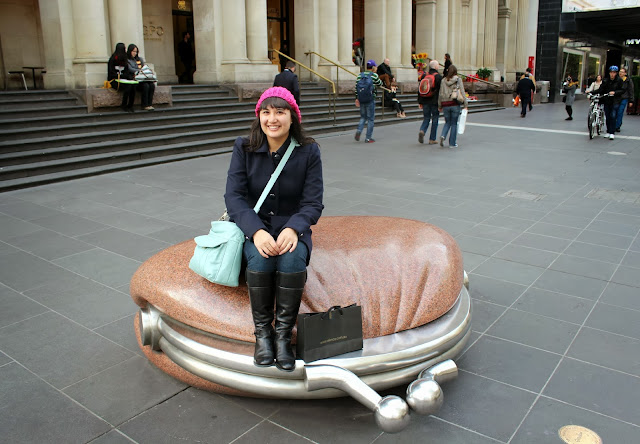 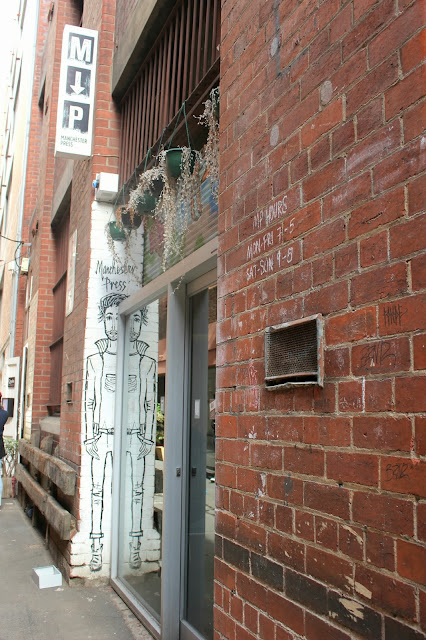 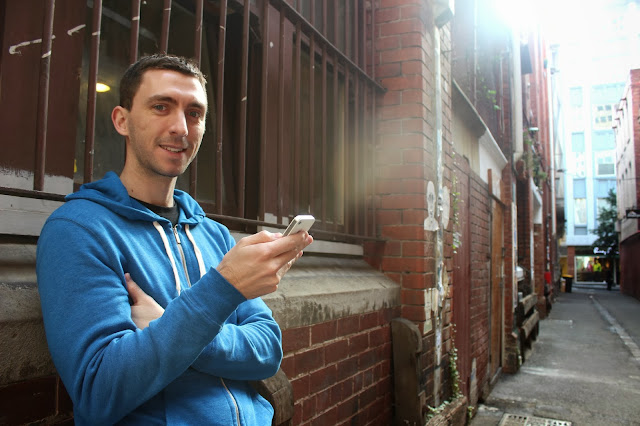 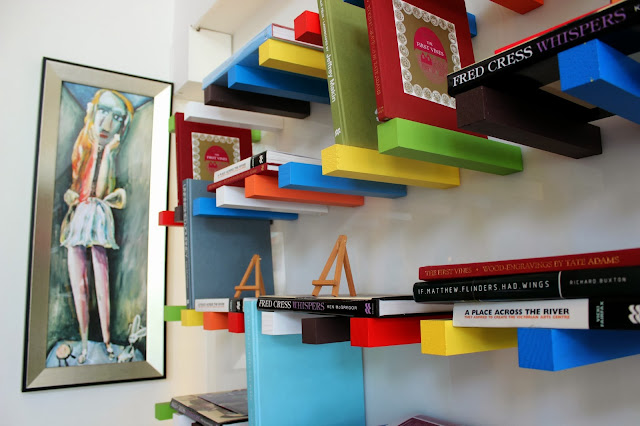 1. This is in The Block Arcade. I didn't get to eat at that tea room because we just had breakfast but it looked inviting
2. The beautiful inside architecture of The Block Arcade
3. Melbourne's GPO. It used to be an old Post Office. I love the historical buildings here
4. Inside the GPO
5. Outside the GPO sitting on a giant purse (with a purchase in hand of course)
6. We had lunch at this little hipster cafe called Manchester Press. We had to wait to get in and they write your name in chalk on the wall
7. Jason outside Manchester Press. It's in Rankins Lane.
8. I thought I should share part of our awesome hotel The Blackman. This is this great bookshelf. 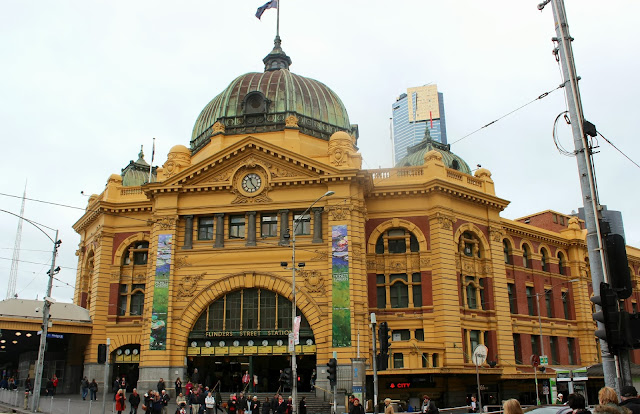 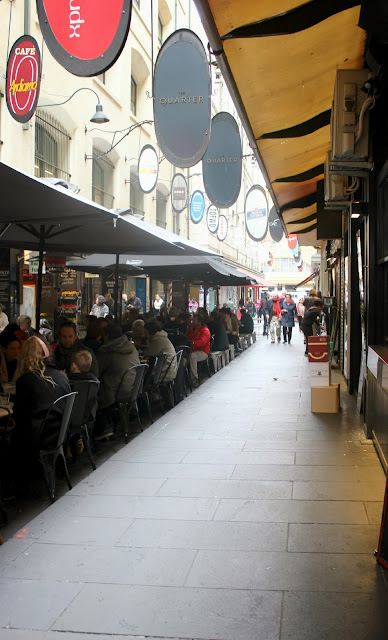 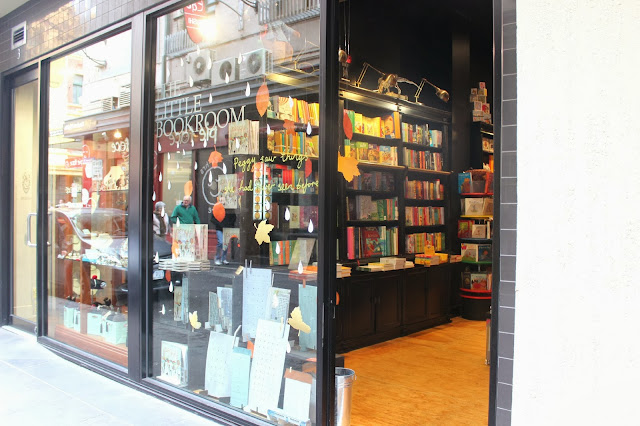 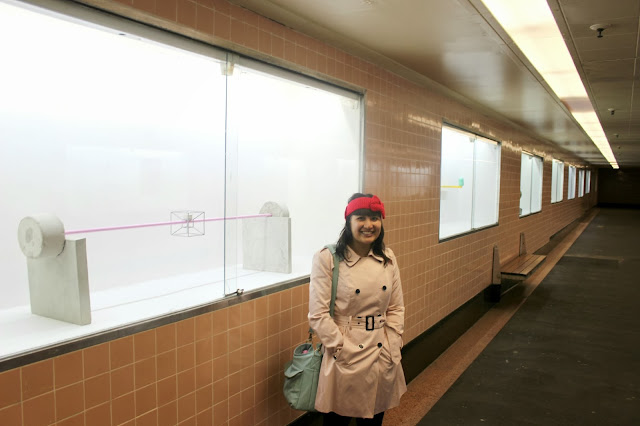 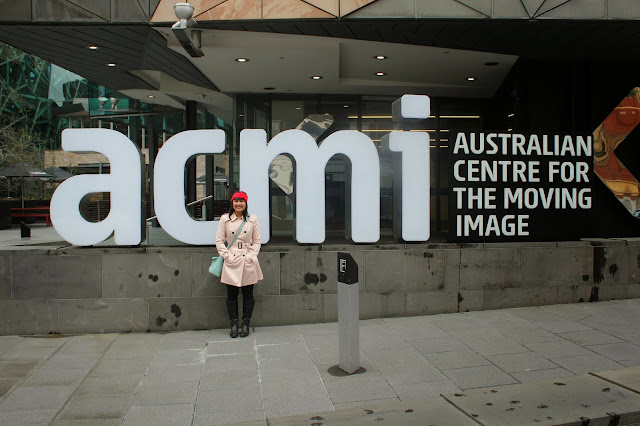 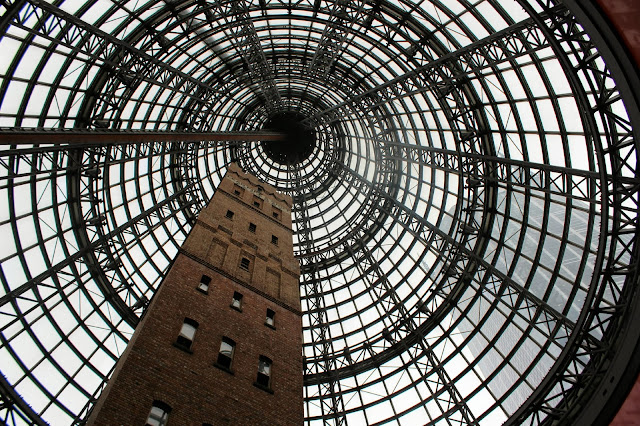 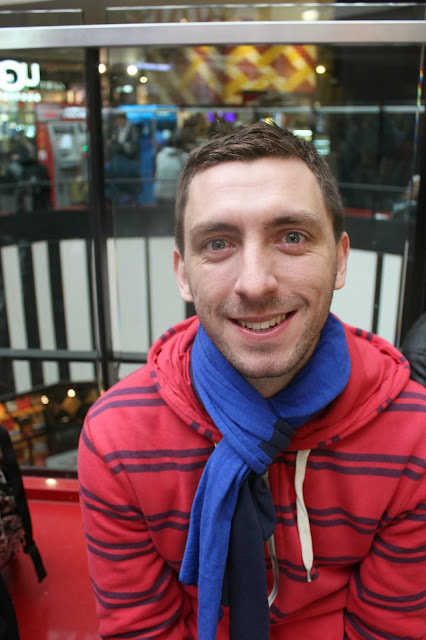 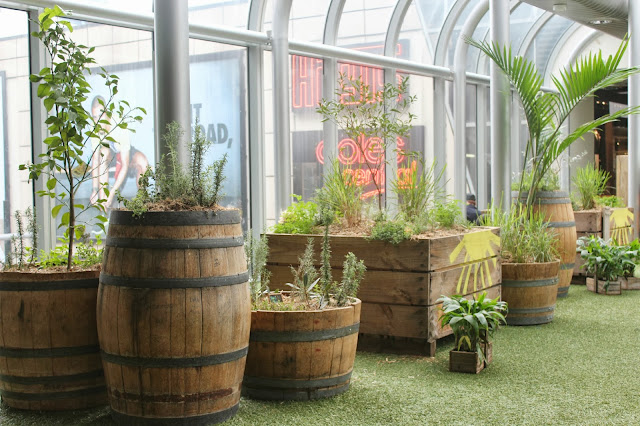 1. Flinders Street Station. It's a train station with remarkable architecture
2. Degraves Street. It was one of our favourite lane ways. We liked to have breakfast and afternoon coffee here.
3. The Little Bookroom on Degraves Street is a children's book store but it's so quaint. I bought a few books in here
4. Art is a big part of Melbourne culture and they had random art all over the city
5. We went to ACMI because it had this Hollywood costume exhibition which was amazing
6. This is the Gun Tower in Melbourne Central (a shopping centre)
7. Jason in Melbourne Central
8. There is this little herb garden space in Melbourne Central. It was a really nice place to relax after all the walking

I will share the other four days in the next few posts. It really is one of the best cities.

Have a lovely weekend.

your pictures are so cute and I love the giant coin purse.

I love Melbourne it's so different to Brizvegas on so many levels and the shopping aaahhh the shopping is amazing.

Glad you had fun!! Wow, a gaming convention... that must've been interesting. Did you go to that too? I hear they can get a little crazy :) Love these pics, especially the one of you sitting on the giant purse!!

What amazing place! I hope I make it there someday. What a lovely giant coin purse. I wish I'd have enough money to fill it then I'd be able to travel!

I feel the same about Melbourne too, Gracie. It's a great city but I don't love the weather. Great pics! Look forward to seeing and hearing more.

oh my gosh Gracie you are the cutest! welcome to my world, I think Canberra is even colder in winter - i hate it :P
I really wanted to go to ACMI but we couldnt fit it in - cannot wait to hear about the rest of your trip.

I love Melbourne - hoping to go down this Summer for a little family vacation!!

Oh, Melbourne. How good is it? Next time you should eat at the Hopetoun Tea Room, apparently it's amazing!