I'm done! I have finished the board. Most of it anyway. I have put a few things on it but it was more for show. So here it is. The story. 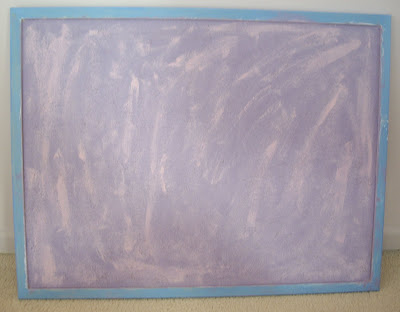 This is how I painted the board. I thought I would paint it a bit messy. 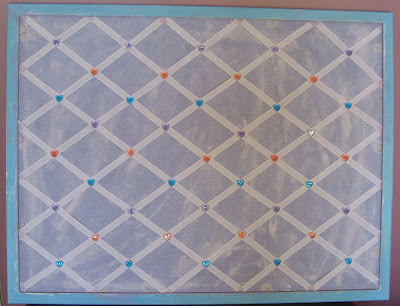 My board with ribbon and pins. It looks nothing like the picture I posted before. But the book was the inspiration to make the board so I guess it doesn't really have to look like it. 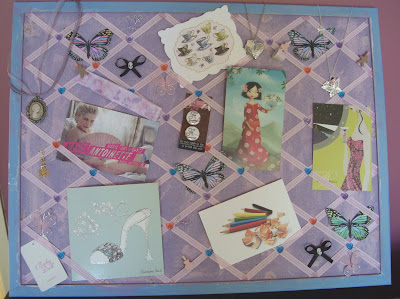 And here is the finished version of the board with a few bits to make it look pretty. I will make it look better but I was trying to decorate it this morning quickly before leaving for the movies. I might post other pictures of it another time.

I watched this movie today. The first day it came out here in Aus. It was awesome! Jason has been looking forward to this movie for over a year and he has finally be able to watch it. I do have to say that I was quite impressed. The Transformers were amazing! And I do have to say newcomer Shia Lebeouf did great. It is definately fast becoming a new favourite of mine =)I recommend it.

This is the other movie that I am obsessed about. I wasn't even really going to watch this movie but Jason's brother said it was good so we did just a few days ago. I loved it. It is filled with action, emotion and a beautiful soundtrack. It really makes you think, especially about the conflict diamonds they showed in the movie. I have always liked Djimon Hounsu and he was awesome in it. And Leonardo Dicaprio. Well I used to have a massive crush on him from Romeo and Juliet and Titanic when I was around 12/13 but since then I never really rated him or anything. But this movie changed my mind. I totally respect him as an actor and I couldn't help but find him hot in it =) The South African accent was great. So he has become one of my favourite actors. It's also become another favourite film. Has anyone seen it? I fully recommend it as well as Transformers.
Posted by Gracie at 4:27 pm

love your inspiration board! it turned out great. don't worry about putting things on it quickly, it will soon be full of all things inspiring and beautiful I am sure.

The board is lovely!!! Of course it had to have a Marie Antoinette postcard :D it's so inspiring! What about the lovely girl in a red dress illustration? Who is it from? It's so beautiful!

Yay what a lovely board. Looks good now that it's finished.

Transformers was quite enjoyable :) It was basically a childhood dream come true, I <3 Optimus. And Shia was good, but so was Megan Fox :P

And yeh Blood Diamond is a must see as well. A really good story.

wow that looks awesome! i luv it!

Your inspiration board turned out just gorgeous! I love how you used the ribbon to hand a pair of earrings - great idea!

yes, your inspiration board is BEAUTIFUL!!!!!!! and blood diamond was a wonderful movie too... sadly, i didnt get to see transformers yet although my husband did... and he said it was the bestest... i hope to go to the movies one day- sigh... haha...

Hi all! Please check out some relevant information about diet Pills and marriage graciebellabutterfly.blogspot.com And I cannot find... Send the information!
To whom is the link to the anzeichen der menopause necessary? [url=http://bestpharmacy.atwebpages.com/diazepam/bestpharm-4.html]clonazepam vs diazepam [/url]
17778 - pi buy viagra alternativesurgical menopausealprazolam vs lorazepamcelexa onlineear infection zithromax and [url=http://canadashoppharm.freehostia.com][/url] and [url=http://bestpharmacy.atwebpages.com/diazepam/map.html]Catalog pharmacy 2009 buy zoloft[/url] . for attention thank you .

I found this site using [url=http://google.com]google.com[/url] And i want to thank you for your work. You have done really very good site. Great work, great site! Thank you!

Compare and save at discounters.

Search every airline including low cost, compare prices, book online and get the best flight deals.

Who knows where to download XRumer 5.0 Palladium?
Help, please. All recommend this program to effectively advertise on the Internet, this is the best program!

Our guide is designed to help you choose a trustworthy and reliable online payday loan service that meets your needs.

Cash advance loans, payday loans or rebates - they are all bad deals.

Instant Online Application and Approval up to $500.

great posting, thanks for very useful information how ever dirt cheap airline tickets is the best.