Last Friday night, Jason and I went ice skating at an outdoor rink in Brisbane at King George Square. It was for an event called Winter Festival.
It is such a novelty to go ice skating seeing as we're not the coldest place in Australia. So it was packed with people. They have food stalls, a bar area and a place giving out free chai tea. 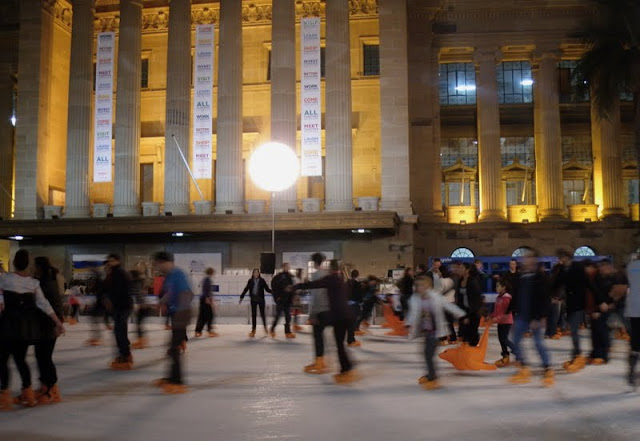 The rink and the orange ice skates everyone wore. 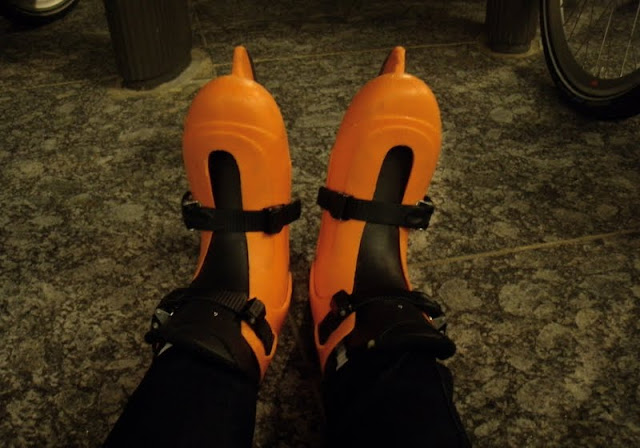 My ice skates. I'm actually not too bad of a skater but it was pretty much impossible to get any real speed because of the amount of people. I found it harder to skate because I had to go slow. 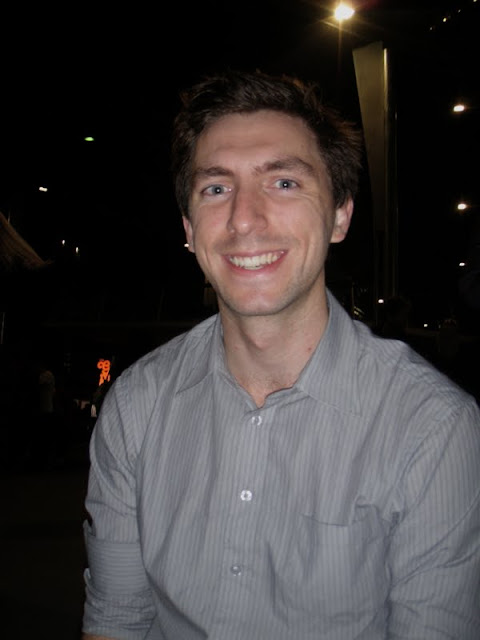 My wonderful hubby Jason. He had to go straight from work. 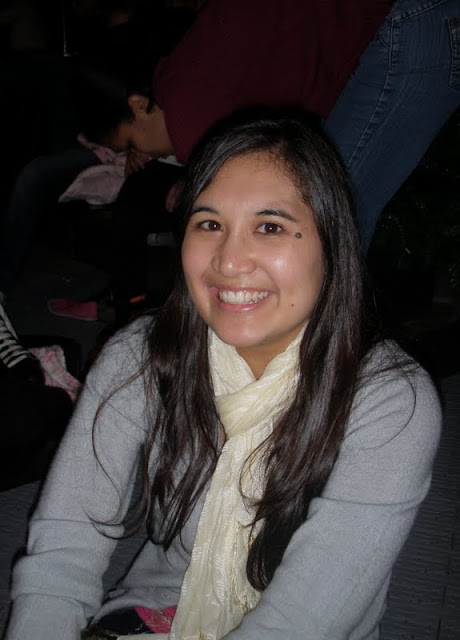 Me partially rugged up, but it wasn't even one of the colder nights in Brisbane but I was partially sick and didn't know how cold it would be. 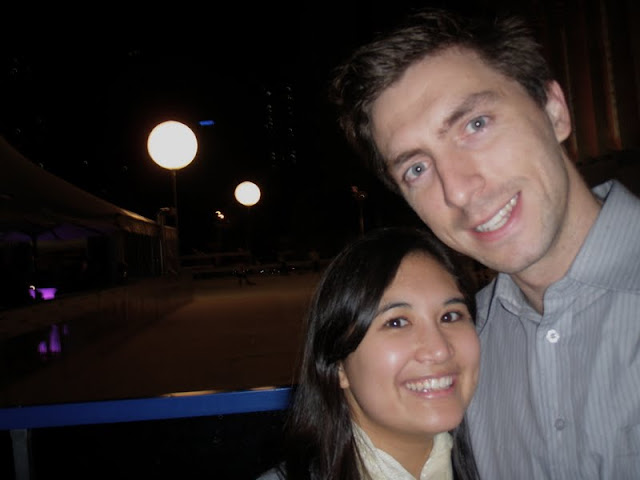 I'm so bummed that we didn't take the camera onto the ice. People were taking all these photos and I was wishing I had mine. They even had some fake snow for a bit and it felt incredibly romantic. So we took a pic with the rink behind us afterwards. 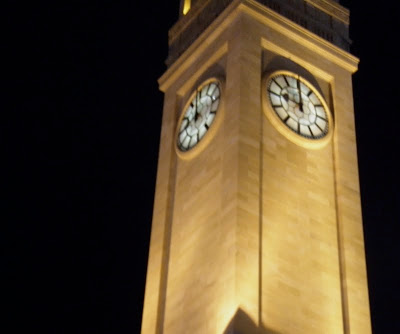 I had to take a photo of the City Hall clock. The whole building is so beautiful all lit up at night. 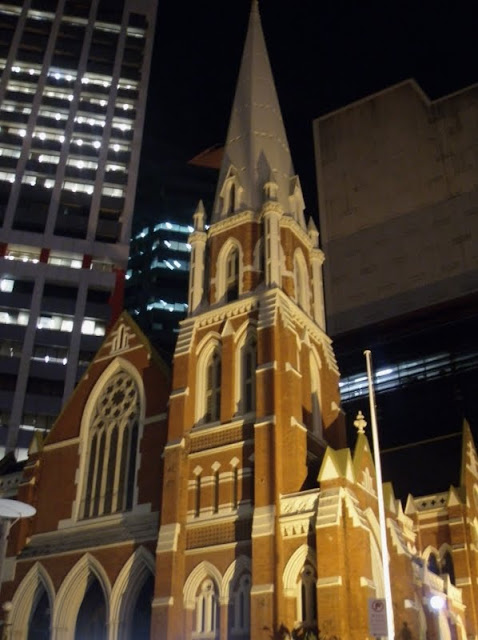 I call this the gingerbread house. It's really an old church. I think it's pretty.
So we had a wonderful time. It was nice to finally have a date night with the hubs because he's been working so much. He's had to bring it home too and it can be lonely to have him home but not being able to do anything.
Hope you're week is going well.

Glad to hear you had a wonderful time. You looked so cute on your ice skating date. :]

I love ice skating!! Glad to hear you had an awesome time :)

i went ice skating for the first time 3 years ago, fell and broke my wrist in 3 places. Ouch. I was so dissapointed as i just have always always wanted to go. Dont think i will go again, just have to keep watching it on TV x

i love love love skating:) since i'm from canada and there's so much "ice time" here, we go alot. I love skating on frozen lakes that are near my town.
You look like you had fun!
xo
L

I am the worst skater in the entire world but I have to say your photos are making me think I should give it one more try. Canberra is going to have an outdoor rink for all of July and I think I will be pretty jealous if I have to sit on the side and watch. Glad you had a wonderful date night!

i've only been skating once! i could not stop falling over, and had horrible bruises afterward =S

aw looks like fun! i love iceskating - but i am such a klutz!! i always fall. hehe.

That looks like such fun! I hope Melbourne gets one this winter xo

yay for date night! it's been ages since i've been ice skating, and i don't think my hubby knows how. he can do so many amazing things, so that will be my one fun thing to show him. :) we better do that for one of our date nights... but in northern hem july? it's not near as cool if you're inside!

glad you are feeling better :)

aww you make such a cute couple.

Aw that looks like a fun date...I remember when we were newly weds and my husband went to school two nights a week and two other nights he would spend doing homework I watched a lot of soap operas! Now I have my kids to watch while he is working! Greetings!

Ooooh how FUN!! I love it! I wanted to go ice skating so bad during our winter but we never did :( Next year I am so making it happen..especially after this post!
You two are adorable!!

How fun! And what beautiful pictures!! :)

It looks like you had a lot of fun! You look lovely :)

Wow that looks so fun - it's been a long time since I've been ice skating!

You look adorable! I'll have to post my photos! I didn't end up skating because I was too sick, but I took some cool photos of the 'Gingerbread House' church and City Hall.

What are these skates called and where can they be bought? Give me a link. Only this model suits me. Injured leg.